Though I’m sure only my pug subscribers will enjoy this post, I couldn’t refrain from sharing the sight I saw when I passed through my living room this evening.

I often feel sorry for Oscar.  He spends a lot of time alone, while we work to keep his house nice and buy him fancy healthy snacks.  He’s thought about creating his own blog, but we trimmed his dew claws so he can’t type correctly.  Too far?  Ok, we’ll leave you with just pictures.

What? Why did you wake me?

“I moved and everything, why are you following me?”

“I remember when I was comfortable on the floor, before a had a camera in my face.”

“When will I find peace? Dad, can you save me?” 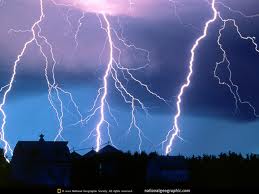 I awoke on the couch during a thunderstorm the other night.  Lately I can’t seem to make it to bed before I close my eyes, so this has become an unfortunate habit of late; minus the thunderstorm.  This was the first thunderstorm we’ve had this spring and it reminded me of a new fear that my mind created only last summer.

One morning, on Preston and Steve on Philadelphia’s WMMR morning show, their topic was related to people being struck by lightning.  A conversation like this likely resulted from a news story about a survival or death from such an event.  Regardless, callers quickly filled the airwaves with personal accounts of being struck by lightning or what they’ve heard it’s like, etc.

I’m quite familiar with lightning; my Dad is a Weather Channel junkie.  Though most people, before smart phones and the internet, would turn on the twenty-four hour weather broadcast to get a quick update, Dad would watch for what felt like hours.  Either he was hoping something would change or he missed his calling as a forecaster.  It reminded me of when people would constantly open the refrigerator, hoping something of interest would appear out the air, even though the stock was thoroughly evaluated five minutes prior.  Anyway, the Weather Channel fascination was before they had weather related shows to fill time as well, so imagine boring and looped information.  Needless to say though, lightning was the grand-daddy of weather events for Dad.

Mom called Dad “Ben Franklin” because despite his knowledge about impending thunderstorms, whether the notification came from the Weather Channel or from the cracks of thunder out the window, Dad was also a compulsive pool skimmer.  There’s Dad again, walking the rim of the pool with the metal poled skimmer, making sure there aren’t pine needles congregating on the surface.  Though we eventually got him to stop doing this prior to it killing him, his favorite spot during a thunderstorm is on the patio, watching or snoozing on the lounge chair, in a nice accessible metal patio.

So the fear I had of thunderstorms, was only for my Dad.  I never feared that I would be struck; until last summer.  Preston and Steve brought up how victims of strikes would feel END_OF_DOCUMENT_TOKEN_TO_BE_REPLACED

That was close.  Technically I skipped two calendar days of posting, but it is still Thursday night to me, ha ha!  I, as always, have old fashioned excuses that consist of classics like “disheartened Philadelphia Fan Syndrome” and “I helped with yard work so I’m tired” disease.  If you don’t want to hear my sports rant, skip to paragraph three.

Wednesday night was just pathetic, in every sort of way.  From my recent re-blogged post, you know that as a Philadelphia fan, “we” as fans are a part of the team; except when “we” are losing.  It instantly turns to “they” with sailor-like language and rampant anger.  I start to exclaim things that I normally wouldn’t say in the presence of my Dad.  After the loss, “we” returns in the form of continued anger, hostile questioning of play and heartbreak with fellow players, I mean, fans. 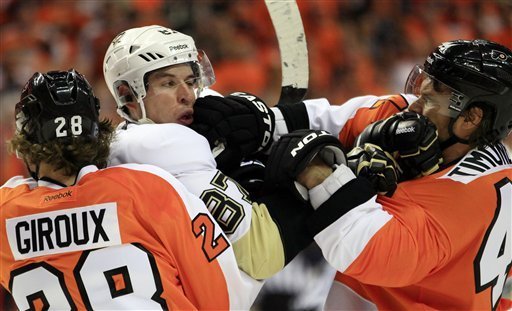 The Philadelphia Flyers are in the Stanley Cup Playoffs and Wednesday night, I mean last night, was Game 4, the mother of all games; when your team is about to sweep anyway.  Now you get my title, the Flyers were up 3-0 in the series and only needed to win this game to take “us” to the next round.  There we were, going to put it to Sidney Crosby (I will omit the name calling I’d like to use) and take the series at home from the Penguins; there we were, losing 10-3.  In hockey.  High scores like this are ridiculous.  This whole series has been back to back amazing shots on goal and poor goal tending.  That night, there was not so much scoring on our end and just terrible goal tending.  If any actual Flyer players read this…venture back to my Pep talk post I did on Tuesday and get out there with some enthusiasm and take this home tomorrow or “we” will be extremely upset.  So after the game, my house was silent and I couldn’t stop shaking my head back in forth in disgust to steadily keep any blogging thoughts in my head.  Terrible.  But tomorrow is a new day and Game 5.

Tonight I helped my husband in the yard. I’m glad to because it’s my house too and I do enjoy helping him.  It also makes eating some ice cream on a beautiful spring evening feel justified.  END_OF_DOCUMENT_TOKEN_TO_BE_REPLACED

When I first saw the topic for this week, my thoughts immediately fell upon Oscar.  I know pugs are typically known to be greedy, but after eight years, it still shocks me how he lives for anything in excess; food, toys, sleep, towering heights, attention.  Nothing is small with Oscar, from his bulgy eyes to his puffy belly after begging from naive visitors.  I say this with love.

And here is Oscar, the indulgent pug of my life.

No, this bone is definately proportional. If he could fit the whole thing in his mouth, he would.

Caught. Thief of feather blankets, soft pillows and anything cuddly for HUMAN use!.

“I’m so hungover. I should not have eaten that last few kibbles. What was I thinking?”

Oscar Simpson. He looks like a Simpsons character in this picture. If he could eat the donuts and beer that Homer does, he wouldn’t look so depressed.