I know I love my Mom because I spent over five hours creating a photo book for her tonight.

These hours, I might add, are after I uploaded pictures a year ago and created the formatting a year before that. Four hours to place pictures and over analyze who she might want to see in the book and who might provoke her to make an “ew” face.

It is done. If only my email confirmation will come, so I can review the totally overpriced gift that she totally deserves. I’m a good person; even if I promised her a photo book of our wedding four years ago; even if she asks where it is about every two to three months. I just stopped answering her about it because I dreaded the tedious task. I know, it sounds terribly selfish, but I’ve done very heartfelt things in the meantime to make her feel loved and I’ve brought tears of joy several times. I would buy almost anything to not have to create this book.  It’s not even a difficult thing to do, it’s just time consuming to get it right.  Maybe I try to hard to make things perfect, once I finally get around to working on them.

In the middle of my upload tonight, the program froze. I walked into the bedroom and woke my husband, (yes, another selfish move) and asked that he keep me calm and tell me I’m a good person before I went ballistic and threw the computer across the room. I tend not to be violent in nature but I despise when things don’t work like they are supposed to. So clearly I’m prepared for being patient in life. It’s just gadgets; I don’t have patience for flawed technology that costs me a fortune.

Needless to say, I’m 98% uploaded, even though the company already took my money.

I’m expecting tears of joy when this arrives to her door. I’m praying for tears of joy but I’ll likely get a “well, it’s about time” speech. I’m hoping for happiness and I hope she knows she was worth each agonizing second because I know she’s put herself in excruciating situations hundreds of times for her kids.

And with that; thank God that is done. My job as a daughter is done here; till her birthday next month.

If only I were the kind of person who gave giftcards.  My gifts may be late, but I have really good intentions and put a lot of sincerity into them.  They are just very very late. 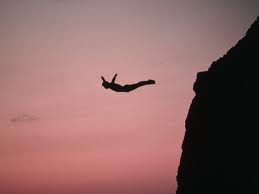 The only person in my family that knows about this blog is my husband.  He’s pretty supportive, though he doesn’t say much and even if his way of support is portrayed in the form of a challenge.  He challenged me that I couldn’t do this 365 blog when I first mentioned it.  I’d like to believe that what appears to be lack in faith, is instead his way to push me.  My Irish and Philadelphian roots are built with stubborn and defiant characteristics.  I used to think these were flaws, but they make me who I am, so I will not shy away from them if that’s what I need to survive.  In fact, those “flaws” are the reason I’m writing you.  He said I couldn’t, therefore I do.

There aren’t a lot of things that I think I’ve done necessarily right in my life.  I had so many dreams when I was a teenager and a surprising amount of adults to supported them, particularly people who had no real investment in me.  There is nothing they’d gain from my success.  They just cared.  I never thought about it before.  Teachers, co-workers, older friends all took the time to mentor me, without request and without agenda.

I’ve told you before that I’m an old soul.  My favorite memories are sitting with my Grandmoms and just talking.  These are some of my earliest memories and with two gone and one left, I see this part of my life slipping away.  I expected encouragement from them, but instead I got simple friendship.  I could actually consider them people I loved, respected and wanted to spend time with.  We’d laugh and talk about things that matter, not just superficial weather or sports talk.  When I think back though, even though they were incredibly important to me, they weren’t my motivators.

As I got my first job at a Hallmark store, I was enveloped by the family of people who owned and worked at the store.  They saw me through some of the harder times and though many were much older in experience and years, they counseled me without me even knowing it.  They encouraged the school-skipping and concert going city girl, and led me to believe anything was possible.  I continued to find people like this wherever I went.  Maybe I was a project or maybe I actually was as special as my parents said, but maybe I was just blessed with meeting the right people and accepting such unlikely friendships.  There I was, in California and my closest friends had children my age.

I didn’t sit down to write this blog, I had another vision in mind.  I started thinking about my plans.  I gave up so many plans to be logical when I was about twenty.  I gave up the steps I needed to take to fulfill my dreams, and instead kept dreaming with no real track to ever get there.  That’s changing.  Whether it’s logical or not, is not my concern anymore.  I’m going to be putting my husband and I in a financial situation that falls into a category of the unknown, possibly stupid.  I’m going to be leaping from a steady job to who knows what.  It’s scary.  But I can’t help but feel that I owe it to myself and to every person who gave me the reason to believe I was good enough to get what I want.  I’m doing something because I want to and for the first time, it’s not out of defiance.  Whether or not I find what I’m looking for, I can at least die saying that I tried, instead of feeling like a coward.