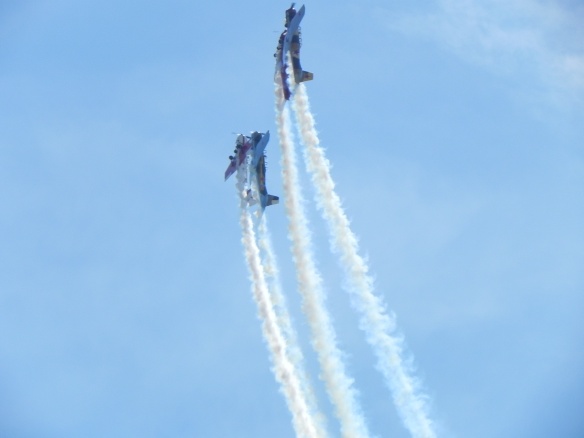 After posting about the Air Show at the Maguire Air Force base this weekend, “blue” was an obvious choice.

These pictures were worth the back breaking effort as I strained backwards to take shots of impressive planes that whizzed by with speed and precision.  It was often hard to capture altogether, particularly when we were unaware of when the planes would appear and out of what direction.

I only wish I could capture the sound of the planes to complete the sensation of these shots.  I suppose that is what video is for, however, my videos would be accompanied by sounds of frustration equal to the plane noise as I tried to capture all I could with zoom and focus.  These videos would leave you more annoyed than blue, so pictures, take it away.